The retail industry today has an overwhelming increase in volume, especially in light of increased consumer awareness and heavy global competition. The choices are many. The only way to retain and grow a loyal customer base is to stay present and relevant.

Through intelligent systems and processes, Allsec leverages technology and domain expertise for your retail venture. With an emphasis on KPI improvements, our solutions result in marked improvement of customer satisfaction while effectively aligning their needs with organizational goals. 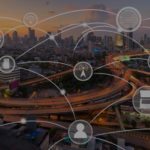 Allsec’s HRO services simplifies workforce maintenance with an all inclusive, indigenous platform that handles automatable tasks such as payroll, benefits management, attendance and leave management and much more. We help streamline the workflow and allow you to concentrate on more important things like talent acquisition and training. 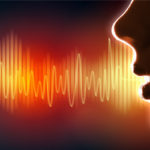 Allsec’s proprietary voice analytics software is instrumental in retaining enhancing customer experience and customer loyalty. Through machine learning and intelligent analytics, we make it easier to look beyond your client’s support issues and get to the root of the problem. 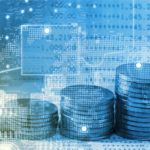 Allsec’s FPS solutions are tuned to handle your entire accounts payable and receivable services, your way. By adapting to existing techniques, as your established partner, we can seamlessly migrate platforms or reduce operational costs by providing outsourcing services. 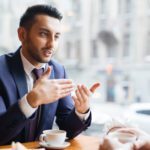 Allsec’s team of consultants provide advanced advisory services across each of our service offerings. Partnering with the right outsourcing company can be a time-consuming activity. For this reason, our experts are constantly finding the best ways to reach desired results. Our consulting services go beyond conventional models to provide a holistic and agile view of process outsourcing.

Allsec stepped into the retail industry with a huge success in the year 2009 with a leading client headquartered in PA USA with business spread over to the UK. With relentless competition between the client’s on-sight call center and Allsec, starting with a mere 3% target – a small team of 20, our representatives, instigated the client to increase the target to 12 % conversion in just the first 6 months. In the latter half of the first year, we achieved 24% conversion leaving the client end call center far behind. The 60 seater client end on-sight call center was closed down, allowing the client to enhance their business by ramping up the number of seats in Allsec, to 100. In the Pilot phase of operations at Allsec, our representatives serviced 3 membership programs. Based on our exceptional performance, the client handed over all of their 100 retail membership programs to be serviced at Allsec, in the beginning of the 2nd operational year.

The escalations department that was handled by the management staff in the headquarters was also moved off-sight allowing Allsec to acquire the Tier 2 level of escalated calls. In addition to our outstanding performance, the Average Observation Score for the entire team has been above 90% throughout and has never given way to any client complaint over the past 5 years. Owing to the incomparable quality of work showcased by Allsec, the client has additionally transitioned their UK businesses to us since 2013

We have always heeded our SLA by achieving, 85% of calls answered within 30 seconds, an abandonment percent of less than 3% and an average call handling time of less than 4 minutes since program launch till date.